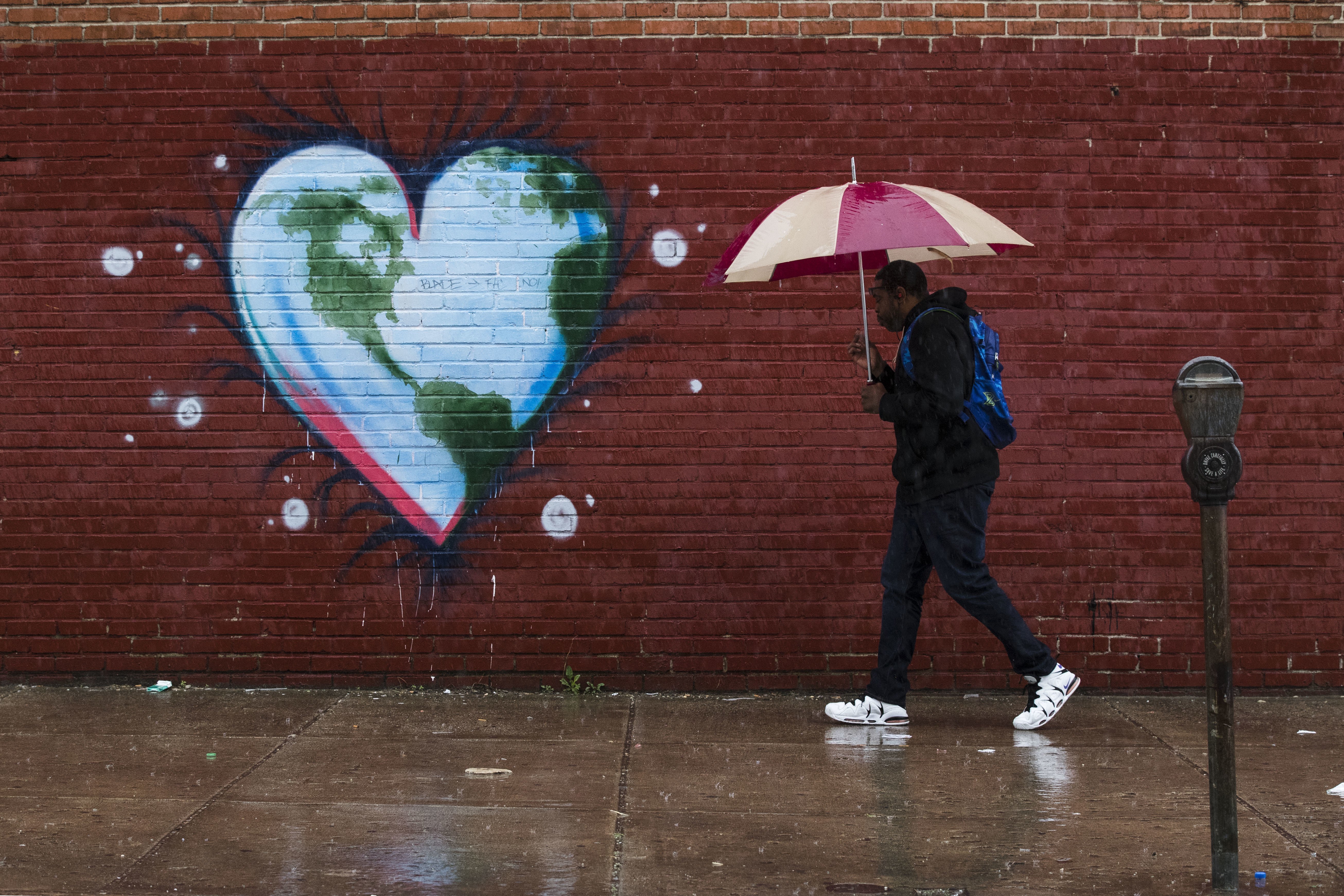 A man walks past a mural on Friday in Philadelphia. PHOTO: MATT ROURKE/ASSOCIATED PRESS
By
James Freeman

Just in time for Saturday’s Earth Day forecasts of environmental apocalypse, economist Mark Perry provides a helpful reminder of the accuracy of previous eco-prophecies. Specifically, he notes “18 spectacularly wrong predictions” made around the time of the first Earth Day in 1970.

Inconvenient Weather Fact for Earth Day: US is in the longest strong hurricane drought (11+ years) in history https://www.aei.org/publication/18-spectacularly-wrong-predictions-made-around-the-time-of-first-earth-day-in-1970-expect-more-this-year/ …

18 spectacularly wrong predictions made around the time of first Earth Day in 1970, expect more…

In the May 2000 issue of Reason Magazine, award-winning science correspondent Ronald Bailey wrote an excellent article titled “Earth Day, Then and Now” to

Perhaps because earlier predictions of catastrophe were off target, it’s clear that in 2017 many of Earth’s inhabitants are still not persuaded that their planet is doomed. But Earth Day Network President Kathleen Rogers may have a solution for this. She writes for CNN today about her organization’s “campaign to bring climate and environmental literacy to the world.”

Ms. Brown explains: “Climate literacy is now recognized universally as the engine for driving individual behavioral change, building consumer support for a green economy, creating green technologies and jobs, and promoting policy reforms at all levels of government. Recognizing the importance of an educated global population, the authors of the Paris Climate Agreement put climate education at its heart, calling on national governments to cooperate in taking measures to enhance climate education, training and access to information.”

This column would like to do its part by sharing a valuable history lesson, thanks to Mr. Perry and also to my onetime colleague Ronald Bailey, who in a 2000 piece for Reason magazine looked back at the first Earth Day. Here’s what Mr. Bailey wrote on the 30th anniversary of that landmark eco-happening:

Imminent global famine caused by the explosion of the “population bomb” was the big issue on Earth Day 1970. Then–and now–the most prominent prophet of population doom was Stanford University biologist Paul Ehrlich. Dubbed “ecology’s angry lobbyist” by Life magazine, the gloomy Ehrlich was quoted everywhere. “Population will inevitably and completely outstrip whatever small increases in food supplies we make,” he confidently declared in an interview with then-radical journalist Peter Collier in the April 1970 Mademoiselle. “The death rate will increase until at least 100-200 million people per year will be starving to death during the next ten years.”

“Most of the people who are going to die in the greatest cataclysm in the history of man have already been born,” wrote Ehrlich in an essay titled “Eco-Catastrophe!,” which ran in the special Earth Day issue of the radical magazine Ramparts. “By…[1975] some experts feel that food shortages will have escalated the present level of world hunger and starvation into famines of unbelievable proportions. Other experts, more optimistic, think the ultimate food-population collision will not occur until the decade of the 1980s.” Ehrlich sketched out his most alarmist scenario for the Earth Day issue of The Progressive, assuring readers that between 1980 and 1989, some 4 billion people, including 65 million Americans, would perish in the “Great Die-Off.”

Readers old enough to remember the 1980s should be forgiven if they can’t quite seem to recall a famine wiping out most of the world’s population. As Mr. Bailey noted in assessing the accuracy of Mr. Ehrlich’s predictions:

Time has not been gentle with these prophecies. It’s absolutely true that far too many people remain poor and hungry in the world–800 million people are still malnourished and nearly 1.2 billion live on less than a dollar a day–but we have not seen mass starvation around the world in the past three decades. Where we have seen famines, such as in Somalia and Ethiopia, they are invariably the result of war and political instability. Indeed, far from turning brown, the Green Revolution has never been so verdant. Food production has handily outpaced population growth and food today is cheaper and more abundant than ever before. Since 1970, the amount of food per person globally has increased by 26 percent, and as the International Food Policy Research Institute reported in October 1999, “World market prices for wheat, maize, and rice, adjusted for inflation, are the lowest they have been in the last century.”

Since Mr. Bailey wrote those words in 2000, anyone still waiting for the Great Die-Off to begin has been continually disappointed. In fact, the fifteen years after 2000 could reasonably be called the “Great Live-On.” According to the World Health Organization, “Global average life expectancy increased by 5 years between 2000 and 2015, the fastest increase since the 1960s.” Increases in life expectancy were greatest in Africa, adds the WHO, thanks in large part to “expanded access to antiretrovirals for treatment of HIV.” In other words, the products of advanced industrialized societies were not destroying life, but saving it.

Back in 2000, Mr. Bailey did make a few predictions of his own regarding the celebration of Earth Day in 2030. He predicted better diets and longer lives for people world-wide, as well as another interesting forecast: “There will be a disproportionately influential group of doomsters predicting that the future–and the present–never looked so bleak.”