WHERE TO LOCATE NOVA DELPHI (ABOVE) 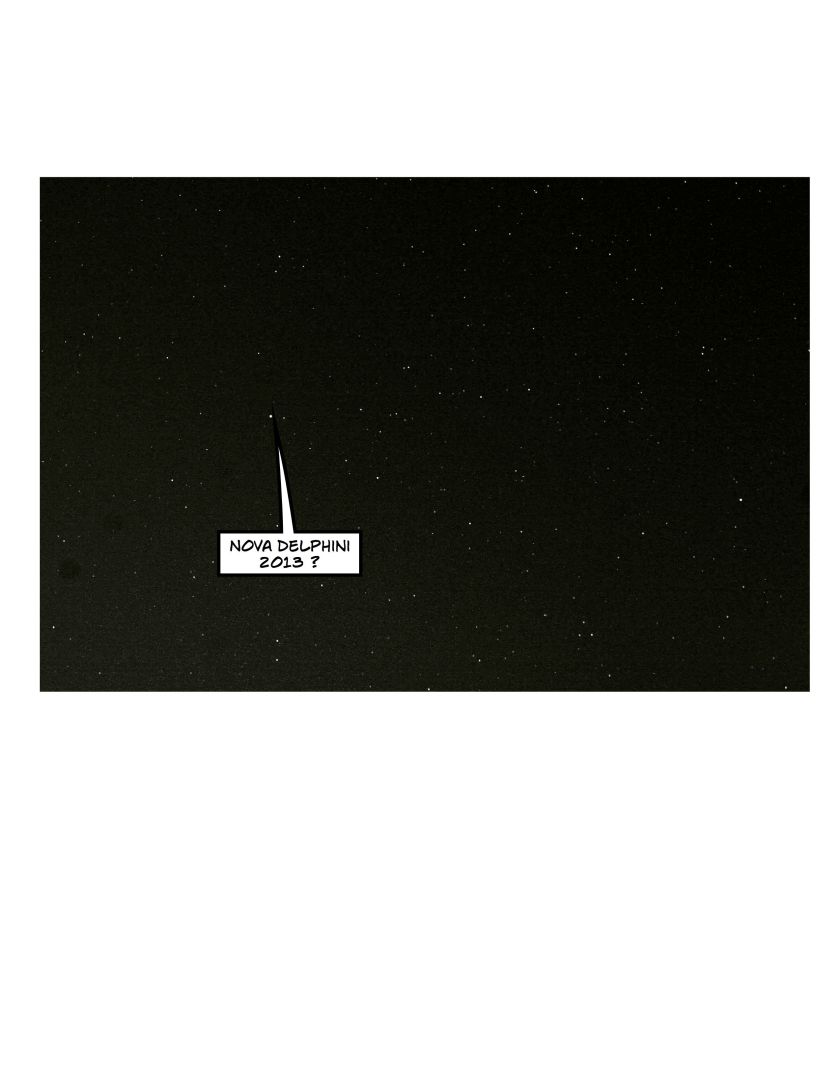 Since showing itself on August 14, 2013, a bright nova in the constellation Delphinus — now officially named Nova Delphini 2013 — has brightened even more. As of this writing, the nova is at magnitude 4.4 to 4.5, meaning that for the first time in years, there is a nova visible to the naked eye — if you have a dark enough sky. Even better, use binoculars or a telescope to see this “new star” in the sky.

The nova was discovered by Japanese amateur astronomer Koichi Itagak. When first spotted, it was at about magnitude 6, but has since brightened. Here’s the light curve of the nova from the AAVSO (American Association of Variable Star Observers) and they’ve also provided a binocular sequence chart, too.

How and where to see the new nova? Below is a great graphic showing exactly where to look in the sky. Additionally, we’ve got some great shots from Universe Today readers around the world who have managed to capture stunning shots of Nova Delpini 2013. You can see more graphics and more about the discovery of the nova on our original ‘breaking news’ article by Bob King.