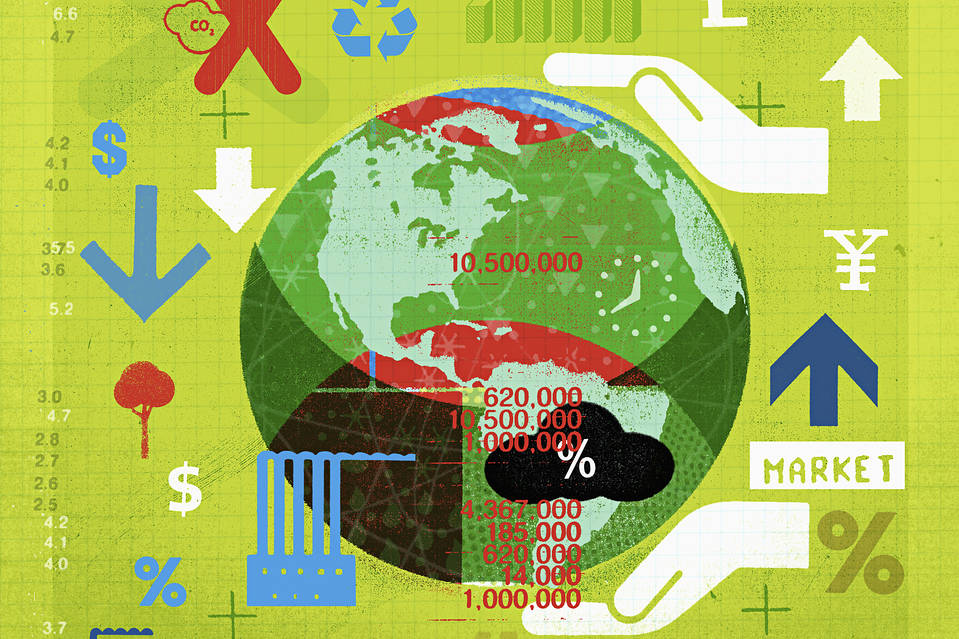 When President Obama flew to Ottawa, Canada, on Wednesday to meet with Canadian Prime Minister Justin Trudeau and Mexican President Enrique Peña Nieto, promoting their climate-change policies was near the top of the agenda. “The Paris Agreement was a turning point for our planet,” the leaders’ joint statement said, referring to the climate pact signed with fanfare in April by nearly 200 nations. “North America has the capacity, resources and the moral imperative to show strong leadership building on the Paris Agreement and promoting its early entry into force.”

Attracting rather less attention than the Ottawa meeting was a June 22 hearing on Capitol Hill. Testifying before the House Committee on Science, Space and Technology, Environmental Protection Agency Administrator Gina McCarthyextolled the Paris Agreement as an “incredible achievement.” But when repeatedly asked, she wouldn’t explain exactly how much this treaty would actually cut global temperatures.

The Paris Agreement will cost a fortune but do little to reduce global warming. In a peer-reviewed article published in Global Policy this year, I looked at the widely hailed major policies that Paris Agreement signatories pledged to undertake and found that they will have a negligible temperature impact. I used the same climate-prediction model that the United Nations uses.

First, consider the Obama administration’s signature climate policy, the Clean Power Plan. The U.N.’s model shows that it will accomplish almost nothing. Even if the policy withstands current legal challenges and its cuts are totally implemented—not for the 14 years that the Paris agreement lasts, but for the rest of the century—the Clean Power Plan would reduce temperatures by 0.023 degrees Fahrenheit by 2100.

President Obama has made grander promises of future carbon cuts, beyond the plan’s sweeping restrictions on the power industry, but these are only vaguely outlined now. In the unlikely event that all of these extra cuts also happen, and are adhered to throughout the rest of the century, the combined reduction in temperatures would be 0.057 degrees. In other words, if the U.S. delivers for the whole century on the very ambitious Obama rhetoric, it would postpone global warming by about eight months at the end of the century.

Or consider the Paris Agreement promises from the entire world using the reduction estimate from the United Nations Framework Convention on Climate Change, the organization responsible for the Paris summit. The U.N.’s model reveals a temperature reduction by the end of the century of only 0.08 degrees Fahrenheit. If we generously assume that the promised cuts for 2030 are not only met (which itself would be a U.N. first), but sustained throughout the rest of the century, temperatures in 2100 would drop by 0.3 degrees—the equivalent of postponing warming by less than four years at the end of the century. A cut of 0.3 degrees matches the finding of a Massachusetts Institute of Technology analysis of the Paris Agreement last year.

The costs of the Paris climate pact are likely to run to $1 trillion to $2 trillion annually throughout the rest of the century, using the best estimates from the Stanford Energy Modeling Forum and the Asia Modeling Exercise. Spending more than $100 trillion for such a feeble temperature reduction by the end of the century does not make sense.

Some Paris Agreement supporters defend it by claiming that its real impact on temperatures will be much more significant than the U.N. model predicts. This requires some mental gymnastics and heroic assumptions. The group doing climate modeling for the U.S. State Department assumes that without the Paris Agreement emissions would be much higher than under any realistic scenario. With such an unrealistically pessimistic baseline, they can then magically show that the agreement will cut temperatures by 1.8 degrees Fahrenheit—with about 1.5 degrees of the drop coming from a reduction of these fantasy carbon emissions.

The Climate Action Tracker, widely cited by Paris Agreement fans, predicts a temperature reduction of 1.6 degrees by the end of the century. But that model is based heavily on the assumption that even stronger climate policies will be adopted in the future—98% of the assumed reductions come after the current Paris Agreement promises to expire in 2030.

Even this wishful thinking won’t achieve anything close to the 2 degrees Celsius (3.6 degrees Fahrenheit) reduction that has become the arbitrary but widely adopted benchmark for what will be essential to avoid the worst effects of global warming.

The Paris Agreement is the wrong solution to a real problem. We should focus more on green-energy research and development, like that promoted by Bill Gates and the Breakthrough Coalition. Mr. Gates has announced that private investors are committing $7 billion for clean energy R&D, while the White House will double its annual $5 billion green innovation fund. Sadly, this sorely needed investment is a fraction of the cost of the same administration’s misguided carbon-cut policies.

Instead of rhetoric and ever-larger subsidies of today’s inefficient green technologies, those who want to combat climate change should focus on dramatically boosting innovation to drive down the cost of future green energy.

The U.S. has already shown the way. With its relentless pursuit of fracking driving down the cost of natural gas, America has made a momentous switch from coal to gas that has done more to drive down carbon-dioxide emissions than any recent climate policy. Turns out that those who gathered in Paris, France, could learn a little from Paris, Texas.